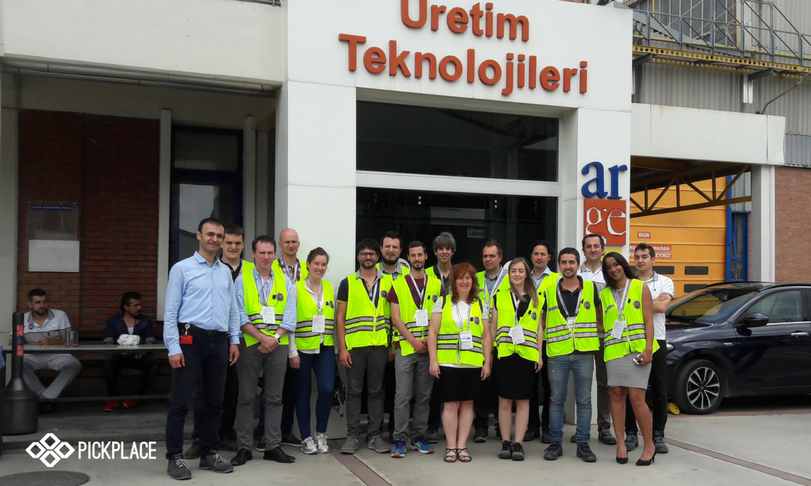 Last week, members of the PICK-PLACE consortium moved to TOFAS’ (Tofas Turk Otomobil Fabrikasi Anonim Sirketi) headquarters in Bursa, Turkey, for a plenary meeting and a comprehensive visit to the most promising scenarios for the project.

During the plenary meeting, progress made in each work-package was shared and some technological aspects were discussed, especially those related to WP1: Handling scenario analysis and specifications, led by ULMA Handling Systems. Partners visited the factory and analysed first-hand three specific scenarios where the project’s hybrid solution for pick-and-place / pick-and-package could be implemented. These scenarios were then subject of a thorough debate: After debating the advantages and disadvantages of each scenario, the first one was chosen because of its level of complexity, as well as potential for improvement and innovation. Some initial approaches to the scenario were also pushed forward by different partners. In the upcoming months, they will be defined in greater detail.

A post with further information about TOFAS will be published soon in this blog.

plenary meeting, project progress, scenario visit, TOFAS
⇐ Robots and cobots in logistics – the next stage of growth – Industry 4.0
SafeLog project: Safe human-robot interaction in logistic applications for highly flexible warehouses ⇒
© 2022 Pick-place
Powered by UnitedThemes
This website uses cookies to improve your experience. We'll assume you're ok with this, but you can opt-out if you wish.Accept Read More
Privacy & Cookies Policy