INDUSTRIAL GUEST POST: TOFAŞ scenario and the future of pick-and-place 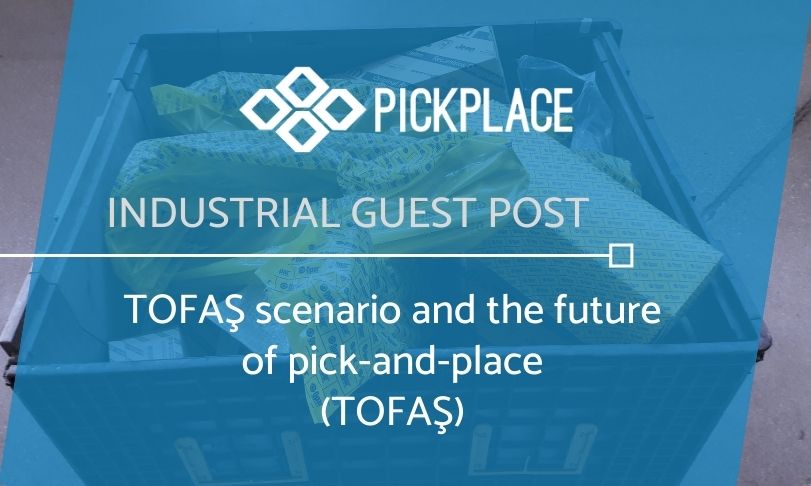 Every day thousands of spare parts of different sizes, shapes, and weights are delivered to dealers from logistic warehouses. Every dealer can choose and order parts in any combination. The possibility of automatization in a warehouse is reduced because of this non-standard situation.

Therefore, manual handling is used widely in shipment preparation operations. Unfortunately, manual operations are unefficient and prone to shipment mistakes. At TOFAŞ, we aim at reducing these factors by the results obtained in PICK-PLACE project. There are many different picking systems in the market according to the end-effector used, such as mechanical grasping with fingers, magnetic tools, or suction cups. However, none of them can cope with the high variability of products managed in the warehouse. This is the main reason to develop a dexterous multifunctional gripper that combines several physical principles to handle the parts.

A second challenge is due to the huge number of references that need to be handled (more than 60.000) that makes it unfeasible to configure the grasping points for each of them. The alternative proposed in PICK-PLACE represents a step forward to reduce the setup of a system of this kind. In fact, the solution developed, based on AI, learns how to handle parts that it has never seem before. Figure 2: Example of multi-reference parts in a box

Once parts are grasped, they have to be identified – using bar code or QR readers- and finally placed in the destination box corresponding to an order. In the TOFAŞ scenario, a collaborative robot is used to allow humans to share the space and in some cases, collaborate in the preparation of the orders. In order to reach the inbound and outbound boxes, the robot is mounted on a linear track.

The preparation area is monitored by means of a vision system that detects the presence of human beings and estimates the relative distance between the robot and the person. Thus, it is possible to apply a human-aware trajectory planning to reduce the risk of collision.

The automation of the process will provide three main benefits for TOFAŞ: to increase the efficiency of the process, a reduction of errors and, no less important, an improvement of the working conditions. In fact, the current manual operation requires operators to lean to pick parts from the inbound box and later on to place them in the outbound boxes. This industrial guest post has been contributed by Nuri Ertekin, Mechanical Engineer at TOFAŞ.