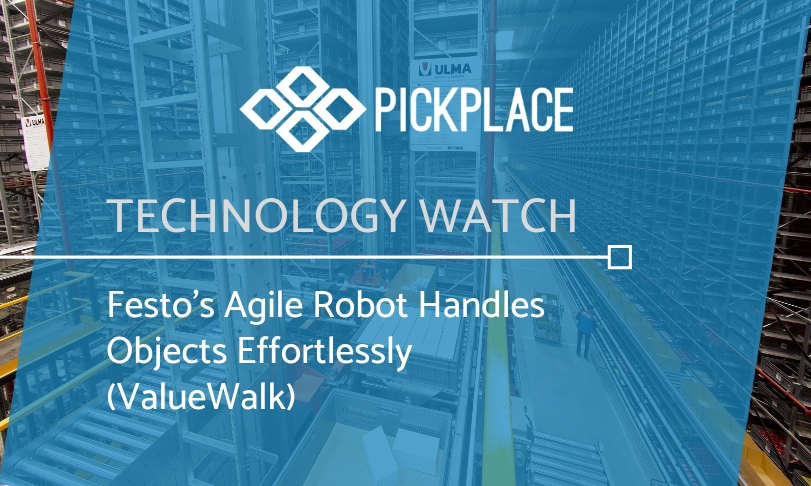 Many video games and sci-fi shows and movies offer a glimpse into a future in which we’re served by robot nannies, maids and chefs. A study conducted at MIT previously demonstrated that AI-powered robots can make pizza, and now engineers at Festo have designed an agile robot arm which can effortlessly handle objects and even learn how to do it better.

Festo’s agile robot arm is equipped with a “bionic soft hand,” the feature it is officially named after. The BionicSoftHand introduces a new approach to a robot skeleton. Festo’s agile robot can effortlessly grab nearby objects and handle them by twisting and rotating them around its bionic fingers.

Unlike heavy factory robots equipped with iron and steel components which limit their mobility, the BionicSoftHand is made from a soft material that contributes to its agility and to the safety of humans working alongside it. If a factory robot came into contact with a human, it could seriously injure them or even kill them.

However, Festo’s soft robot is nearly as soft as human skin, and the smart fabric and other pliable materials used in its construction should help keep it from injuring humans. Festo’s agile robot was also built without the stiff skeletal structure which is typical for robots. It sports inflatable bellows covered in a skin made of elastic fibers for flexibility, making it able to mimic the movements of a human hand.

The robot is also equipped with inertial and force sensors to protect its circuit boards, which could snap when the body is deformed. Moreover, the sensors provide feedback to its control systems, informing it as the hand and digits are move or stop. This enables Festo’s agile robot to sense whether it has come into contact with another object. The robot is equipped with a human-like touch sensor, which is essential for its other skills.

To test their robot, the researchers behind the project commanded it to reposition a 12-sided object in its hand so that whenever it turns the object, one particular corner is pointing upward. The commands were focused on positioning the object rather than telling the robot how to move its digits. This enabled the robot to learn from its mistakes and improve its performance. To do this, the robot’s sensitive camera creates a duplicate of the specific corner that should point up and references it while repositioning the object.

While Festo’s agile robot is quite fast and flexible, it has no abilities other than handling objects. The next step in the development process will include using smart technology to solve puzzles or even a Rubik’s Cube. Overall, this design is a great innovation for factories and other spaces where robot strength is greatly needed but safety is also a concern. Outside of factories, the BionicSoftHand could have a wide range of applications as a third hand in various services like car maintenance or computer services because sometimes repairmen could really use an agile third hand to assist.