Up Close and Personal with Locus Robotics’ Warehouse Robots 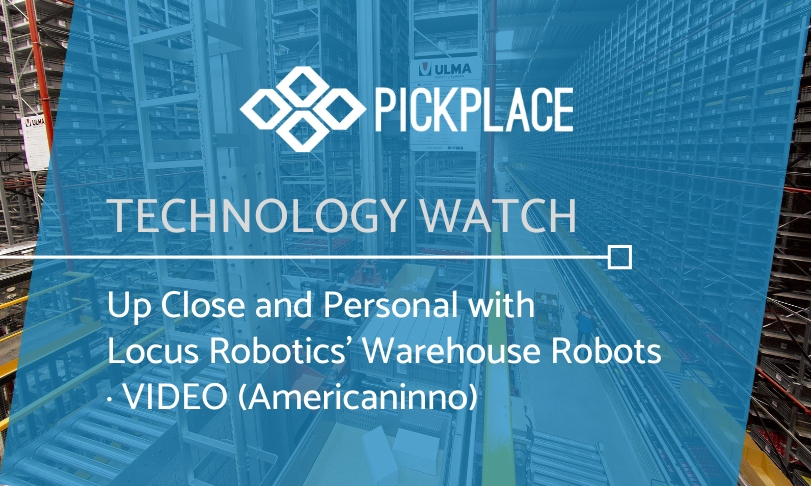 For those uninitiated into the world of warehouse robotics, Locus’ robots are truly a sight. They buzz around a warehouse like honeybees in a hive, stopping at shelves, interacting with humans, and navigating the narrow rows of shelving with their sensors. They work in tandem with their human co-workers, communicating through their touchscreens.

Locus Robotics is a Wilmington-based robotics company that sells robots to warehouses to help increase productivity and efficiency. Bruce Welty, the company’s founder, had the idea for Locus while running his own warehouse space at Quiet Logistics, an e-commerce fulfillment company. The company used robotic fulfillment system startup Kiva Systems for its warehouse needs. In 2012, Kiva Systems had just been acquired by Amazon, thus restricting its robots solely to Amazon-owned warehouses. Reluctant to go back to manual picking, Welty had an idea: Why not manufacture their own robots? And thus, Locus was born.

Locus’ robots have a simple means of operation. First, the robot is loaded with bins, and goes to the location of its first “pick”, a warehouse term for the process of picking a needed item off the shelf and loading it onto a cart for packaging. As an employee approaches, the robot scans their identification card. It greets them with their name and language of choice. Then, the employee must scan the item the robot is requesting, and load it into the robot’s bin. The robot will then go on to the next pick, or return to the packaging area with the desired item(s).

The goal of creating robots like these is to reduce the amount of physical labor that was previously necessary for warehouse workers. Warehouses are set up so that there are numerous shelves of items that need to be shipped out, which get picked, brought back to the shipping area, then packaged and shipped out. Traditionally, warehouse workers would push a cart through the warehouse, lift needed items onto it, and bring these items back to the packaging area. This, however, was very strenuous, requiring workers to be able to load heavy items, push a heavy cart, and walk long distances each day.

“Humans are really good at picking an item off the shelf, they have the manual dexterity and they have the intelligence to be able to they see what they want, grab it with their hands, and put it into a cart,” said Karen Leavitt, Locus’ Chief Marketing Officer. “So we said let’s let the workers stay in the aisles and do the physical picking and placing of things and we’ll have robots that go around the warehouse autonomously like self-driving cars.”

Many Boston-based warehouse robotics companies, such as 6River Systems and Vecna Robotics take a similar, but slightly different approach to Locus, where each individual robot accompanies a single employee, acting as an automated cart rather than a self-driving vehicle. At Locus, however, robots and humans work as separate entities, and human workers will usually interact with numerous robots each workday.

In April, Locus Robotics raised $25 million in its Series C funding round, bringing its total funding to around $63 million. In the future, the company expects to expand internationally as well as develop additional functions for its robots. Recently, Locus developed a “put-away” function for its robots, enabling them to restock returned products to warehouse shelves.

Going forward, Locus aims to equip their robots with an inventory control function, scanning packaging type with sensors to ensure inventory is stocked and in its correct place. The company has a mission to keep growing and expanding. In September, the company announced its expansion to the EU, and hired Denis Niezgoda as Director of Business Development (EU).

“We’re coming up on about 30 different sites installed and the sales curve has been getting steeper and steeper,” said Leavitt. “Demand has increased dramatically year over year for the last three years.”